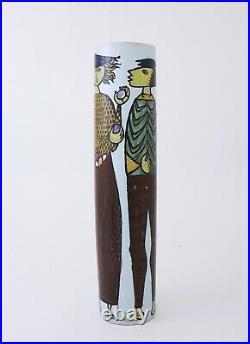 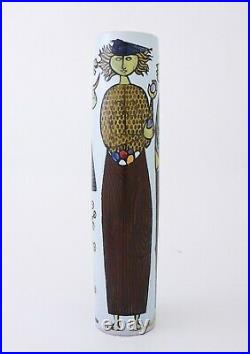 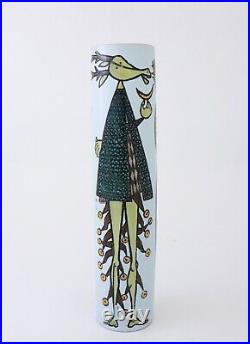 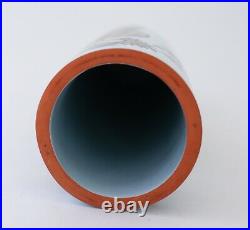 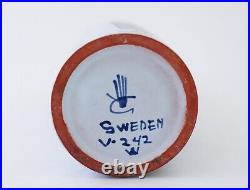 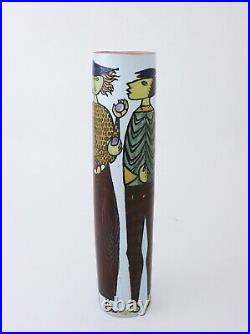 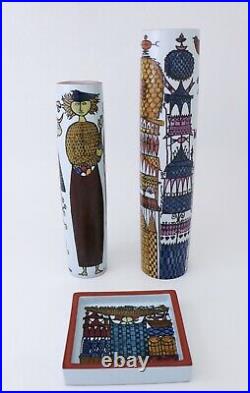 A Vase in faience in the Karneval-serie designed by Stig Lindberg at Gustavsbergs Studio in Stockholm, it is 32,5 cm (13) high. The vase is in very good condition except from some minor marks at the top probably air bubbles from the production. The Karneval-serie is characterized by a decor with surrealistic, architectural creations and graphic patterns. The vases often have decor all around, intended to adorn a set table with coffee and cakes rather than to be set in a display cabinet. Karneval was a success among consumers but the faience painters, who for almost 20 years had freedom to develop their own talents, were not that happy. The decor was printed with black outlines. Directly on the goods, whereupon the painters then filled in with colors. It became almost a “coloring book technique”. It is said that some of them quitted their works because they were bored. This item is in the category “Pottery & Glass\Decorative Pottery & Glassware\Vases”. The seller is “planetroomsab” and is located in this country: SE. This item can be shipped worldwide.